ARCAS is a Guatemalan NGO committed to preserving wildlife and its habitat. It was formed in 1989 by a group of Guatemalan citizens who became concerned as they saw their precious natural heritage, especially their wildlife, rapidly disappearing before their eyes. Its first and still largest project is its wildlife rescue center in the northern Peten region of the country, one of the largest and most complex rescue centers in the world, handling 300-600 confiscated animals of 40+ species.

On the southern, Pacific coast of the country, it manages two of the most productive sea turtle hatcheries of the 21+ hatcheries in the country at its Hawaii and El Rosario sites. It also collects the most through sea turtle data on crawl counts, ambient conditions and in situ nesting. It is working with its government counterpart CONAP to establish the 4000 hectare Hawaii Protected Areas, and works with local communities in a variety of sustainable community development activities.

At both sites, ARCAS hosts international and national volunteers, interns and ecotourists. For more information, please contact us at the above e-mail.

The exploitation and use of marine turtles and their products in Guatemala have been regulated through a large number of different types of legal instruments that have been adopted over a period of more than 70 years. This large body of law, fragmented in its evolution, is at once confused and confusing and, not surprisingly, subject to different interpretations (e.g. Herrera de Noack, 1997; Sánchez Castañeda et al., 2002); it also assigns statutory authorities to different government agencies. Although there appears to be consensus that marine turtles are currently protected by law, there appears to be disagreement as to whether marine turtle eggs are protected by law and, thus, whether the pervasive, virtually ubiquitous, collection and marketing of eggs, some of it permitted through an informal government system that requires a “conservation quota” to be deposited in marine turtle hatcheries, is fundamentally illegal. The national marine turtle strategy (Sánchez Castañeda et al., 2002) is emphatic that marine turtle eggs are not covered by prevailing laws that afford complete protection for marine turtles. Herrera de Noack (1997), however, notes that the Ley de Caza Decreto 8-70 (which has since been revised) protects the nests of all animals that are not considered dangerous or nuisances, while the protected area legislation would appear to require a permit for any use of marine turtles, in the light of their inclusion on Guatemala’s national Lista Roja de Fauna (List of Wild Animal Species Threatened with Extinction).

The general fishing law Ley de Pesca Decreto Gubernativo Nº 1235 of 18 January 1932 set out the first regulations affecting marine turtles in Guatemala (Chacón, 2002). In addition to regulating aquaculture and fishing, the law included various articles pertaining to marine turtles and their derivatives, among which: established size limits and hunting seasons, as well as permissable uses; prohibited stalking and capture at all times of female turtles coming to shore to nest; and a three-year moratorium on the capture, sale and consumption of marine turtle eggs on the Atlantic (Caribbean) coast. Another part of the law included a requirement that municipalities establish in their jurisdictions hatcheries for aquatic wildlife species. This law was repealed by the Ley General de Pesca y Acuicultura Decreto Nº 80-2002 of 17 December 2002 (see www.congreso.gob.gt), which entered into effect on 1 January 2003. This law specifically prohibits the capture or fishing for marine turtles and other species declared as threatened with extinction and establishes penalties for first, second and third violations of this prohibition, which include a monetary fine, confiscation of the catch and equipment and, ultimately, suspension of a fishing licence.

The (unnumbered) Acuerdo Gubernativo of 17 February 1981 prohibited the capture, transport, and commercial use of all species of marine turtle that live and reproduce in Guatemala and promoted the establishment of turtle hatcheries in different sites of the country, for the purpose of fostering the reproduction of different marine turtle species (Sánchez Castañeda et al., 2002). Herrera de Noack (1997) raised the question of the applicability of this law in relation to subsistence use of marine turtles.

In addition, marine turtles are protected in Guatemala under the protected areas legislation, Decreto Nº 110-96 Reformas a la Ley de Areas Protegidas of 1996, which revised the 1989 law Decreto Nº 0004-89 Ley de Areas Protegidas. This law provides for CONAP to draw up, on an annual basis, a list of native species that are threatened with extinction and establishes various proscriptions in relation to such species, including prohibiting of collection, capture, hunting, fishing, transport, exchange, trade or export of species listed as “endangered”, except for reasons of rescue or safeguarding the species, and forbidding use of products of species listed under the law without CONAP’s authorization. In addition, this law provides for a prison sentence of five to 10 years, a fine of 10–20 000 quetzals (GTQ10–20 000) and confiscation by CONAP of the wildlife products involved in cases of illegal transport, exchange, sale or export of live or dead specimens and parts or derivatives of threatened species listed by it. The CONAP resolutions that determine native wildlife species approved for inclusion in the national Red List assign all marine turtle species that visit the coasts of the country to Category 3, defined as “including those species that are threatened by exploitation or loss of habitats but whose population status permits regulated use and exploitation, and regional endemics. Their use is restricted to scientific use, regulated trade, controlled hunting, and commercial breeding to the second-generation” (CONAP, 2001d). This category is indicated by CONAP as corresponding to the IUCN Categories Vulnerable, Rare and Commercially Threatened (which have been superseded by the IUCN Red List Categories and Criteria adopted by IUCN in 1994 and revised in 2000, under which all Caribbean marine turtle species are listed as Critically Endangered or Endangered).

The protected areas law provides for the development of a national system of protected areas (Sistema Guatemalteco de Áreas Protegidas—SIGAP) to comprise areas designated to be protected by the State through legal measures that regulate the use of the land and the resources in the area. These may be government lands to be dedicated preferentially to conservation or private property (CONAMA, 1999). 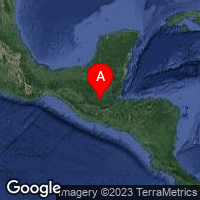