Objectives: To increase the research and conservation activitiy and capacity of the country through active research, training, and educational activities.

Objectives: The Bay Islands Conservation Association (BICA) was formed in 1990 by local islanders and residents concerned about the future of natural resources due to the rapid growth of tourism that was taking place. Under legal resolution (45-91), the Honduran government established BICA as a non-governmental and non-profit organization. They have been running the turtle project for more than twelve years.

Objectives: The conservation of the marine turtles of Honduras. Residents (and volunteers!) take turns walking the beaches at night to collect recently laid Loggerhead & Leatherback turtle eggs before poachers can get at them, and then re-bury the eggs in a protected egg sanctuary. The young turtles then hatch about three months later and are released, hopefully to return to Plaplaya years later to lay their own eggs!
Contact Info:

Visit this website to learn ways to help conserve sea turtles and other natural resources in Honduras: www.turtleprotector.org

Based on the information reviewed for this study, there appears to be some confusion as to the legal status of marine turtles in Honduras. As is the case elsewhere in the region, legal provisions affecting the exploitation of marine turtles derive from general laws and very specific laws that have been adopted over a relatively long period of time, apparently with little reference to each other, and revised with other pieces of legislation that vary in type and legal weight, such that it is unclear as to what piece of legislation takes precedence over another. In addition, there is confusion regarding the relationship between the fisheries legislation, which specifically refers to turtles (quelonios), and the country’s wildlife legislation, which appears to apply only to terrestrial species, and how either of those fits within the more recent environmental law. Also creating confusion is the fact that CITES, based on the legal system in Honduras, automatically applies in the country and would, thus, appear to provide complete protection of marine turtles and their products (as opposed to solely a prohibition on international trade). Ratification of IAC by Honduras would also appear to provide complete protection of marine turtles with the exception of use by indigenous groups, a position that would converge with the country’s membership in ILO Convention Nº 169.

According to Chacón (2002), the first regulations affecting marine turtles in Honduras were instituted in 1959 through the Ley de Pesca (General Fishing Law) Nº 154, which, inter alia, provides for the conservation and use of the fauna and flora of rivers, lakes and marine areas of the country. This law establishes the duration and location for bans on turtle exploitation and requires that the closed seasons be announced publicly 15 days prior to their implementation. In addition, it stipulates that anyone who destroys or collects turtle eggs or hatchlings for commercial purposes is guilty of an infraction, as is anyone who takes a turtle of weight or size smaller than the regulation allows. Galindo (1997) cites Article 7 of this law in allowing the capture of turtles only for scientific purposes, although the preceding sub-paragraph stipulates establishment of closed seasons for the same. In addition, he indicates that the Secretaría de Agricultura y Ganadería (SAG—the Ministry of Agriculture and Ranching), which oversees fisheries, has every year issued closed seasons during which the collection, commercial use and possession of marine turtle eggs is prohibited; he cites, for example, Resolución N° 004-97, which established a closed season for the collection, commercial use and possession of marine turtle eggs from 15 April to 15 June of 1997. Finally, Galindo (1997) indicates that SAG has issued resolutions fully protecting marine turtles, but he provides no specific number or date for those resolutions.

Groombridge and Luxmoore (1989) refer to regulations dated 7 March 1978 and presumed to have been promulgated under the Ley de Pesca of 1959, prohibiting the capture, industrialization and trade of the Hawksbill Turtle for an indefinite period of time.

CITES was ratified in Honduras by Decreto Ley N° 771 of 1979, which prohibits all commercial trade and export of wildlife, except for a few species that may be traded under quotas. Because CITES obligations form part of national law, marine turtles are considered completely protected under this law (Galindo, 1997).

Acuerdo Ejecutivo Nº 001-90 of 1990 prohibited the capture and commercial use of all wildlife in the country; however, it would appear to be generally understood that “wildlife” in this instance is defined as terrestrial rather than marine species.

The Ley General Del Ambiente Decreto Nº 104-93 of 8 June 1993 is a framework law that, inter alia, provides for the creation of a Secretaría de Estado en el Despacho del Ambiente and mechanisms to bring together different authorities and agencies to provide for environmental management and protection. It prohibits exploitation, hunting, capture and commercialization of species identified as protected or threatened with extinction but does not specify how these should be designated. In making separate provisions for regulating hunting (Article 41) and the management of marine and coastal resources (Articles 55-58), the law perpetuates the sectoral divide between marine and terrestrial species. This law establishes the basis for the creation of the national protected areas system, the Sistema Nacional de Áreas Protegidas de Honduras (SINAPH).

Dunbar, S.G, Salinas, L., Activities of the Protective Turtle Ecology Center for Training, Outreach and Research, Inc. (ProTECTOR) in the Gulf of Fonseca, Honduras. Annual Report of the 2011 – 2012 nesting season.

Dunbar, S.G, and Salinas, L., Preliminary Report on Activities Under Interim Permits # DGPA/005/2006 and DGPA/245/2006 by the Turtle Awareness and Protection Studies (TAPS) Group under the Protective Turtle Ecology Cooperative for Training, Outreach and Research (ProTECTOR) 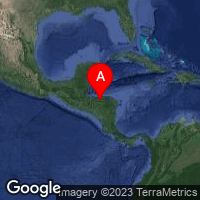