They also provide educational and training opportunities at both the local and national levels. WCS engages the support of local communities by educating people about sea turtles and their impact on these endangered populations, by working directly with local communities on solutions to current threats to sea turtles in Nicaragua, by hiring local staff and training them, and by providing this staff with results from WCS research. WCS is also facilitating the development of a management plan for the long-term conservation of sea turtles in Nicaragua and the development of alternative sources of income for local turtle fishers. 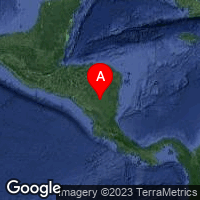