Saba Conservation Foundation attended a training course in Bonaire in October 2008 hosted by Widecast and Sea turtle Conservation Bonaire and sponsored by Dutch Caribbean Nature Alliance (DCNA) on the “Research and Management Techniques for the Conservation of Sea Turtles”. The course was attended by rangers from the parks of Saba,Bonaire,Statia, Sint Maarten and Aruba with additional attendees from sea turtle conservation groups in Aruba. Everybody learned a great deal with some valuable hands on experience, even with the disruption of Hurricane Omar, and more importantly some valuable contacts were established amongst the parks staff.

Back in Saba we have been noticing an increase in Turtle grass beds with the subsequent increase in Green Turtles around the island. We of course have our ever present Hawksbills a pleasure to see on almost every dive and snorkel.

Sea turtles are ancient, gentle creatures whose numbers have been declining at alarming rates around the world as a result of over-hunting and habitat loss. Although many countries have passed laws to protect them, the underlying reasons for their decline cannot be addressed until local communities, still dependent on sea turtles and their eggs for food and income, are provided with viable alternatives.

The Sea Turtle Bottle Bead project – “Saving the World, One Sea Turtle at a Time” – is a collaboration between the Wider Caribbean Sea Turtle Conservation Network and local artist Jobean who has been working with local fishermen in St Kitts and a conservation group in Trinidad “Nature Seekers” with the objective of providing turtle fishermen and their families with a progressive and sustainable alternative to harvesting sea turtles. The Bottle Bead project trains local people living near sea turtle nesting beaches to use glass bottles discarded along the coastline to make colorful beads and other unique objects of art.

The project also creates revenue to support local conservation efforts, helps keep the environment clean and safe from broken glass, and reduces the amount of solid waste entering the landfill.

Until April 2001, when the National Nature Conservation Ordinance was fully implemented and, inter alia, protected marine turtles, exploitation of marine turtles was regulated under Article 5 of the Eilandsverordening Marien Milieu Saba Ab. 1987 No. 10 (Saba’s Marine Environmental Ordinance (MEO)) of 25 June 1987, which:

These provisions of the MEO have never been repealed (DOAF, 2002) but are considered to have been superseded by protections afforded by the National Nature Conservation Ordinance. The MEO provides for violations of the Ordinance to be subject to penalties of a monetary fine not to exceed a maximum of 5000 Netherlands Antillian guilders (ANG5000) and/or one month in goal and confiscation of the equipment (spear gun, car, boat, etc.) used in committing the offence (Articles 17 and 20). In addition, the MEO (Article 19) provides that, in addition to law enforcement officers as designated in the Civil Code, the persons in charge of managing the marine park and other persons nominated as such by the Island Resolution Containing General Provisions (IRCGP) may be charged with law enforcement. 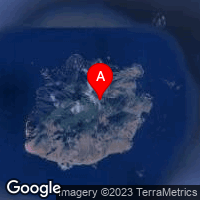