Objective(s): The project ran from November 2004-January 2006. The three aims were to increase pride in the fact that these islands still have sea turtles, to create awareness that they need protection and to identify concrete ways in which the public can help.

Planned new awareness projects to get people involved to increase the survival chances of nests and to get more records this or next season:

– 2006-2007: Light assessment on the main turtle-nesting beach, in cooperation with WIDECAST
– New poster distribution to inform people on nesting season;
– The placement of turtle informational signs on the beach;
– House to house distribution of flyers to residents and tourists (hotels) who live/stay near the beach.
– Turtle PSA on the radio
– Try to get involvement of hotels and dive shops to get more data
– New educational program “Water”, in which sea turtles play a big part since the turtle mascot Scout is again the main character of the lesson.
Dominique@naturefoundationsxm.org

The Nature Foundation currently has a Sea Turtle Volunteer Group consisting of local residents and school children. More volunteers/participants are needed to increase information gathering. Residents and tourists are kindly asked to alert Nature Foundation about found sea turtle tracks on the beaches, best with a picture.

There are no specific island-level regulations governing the exploitation of marine turtles in Sint Maarten. The Eilandsverordering Natuurbeheer en-Bescherming, nr. 25 (Island Nature Ordinance), adopted in September 2003, is framework legislation that invokes the commitments of the Netherlands Antilles in relation to the SPAW Protocol, CITES and other international obligations and, thus, protects marine turtles and other species covered in those agreements, but makes no specific provisions. Until this legislation was passed, the Netherlands Antilles National Nature Conservation Ordinance, which entered into force in April 2001, was understood to apply and, thus, to provide full legal protection for marine turtles in Sint Maarten (NFSM, 2002; L. Brown, Environmental Department of Sint Maarten-VROM, in litt., 12 August 2002).

Although the general protections conferred through the National Nature Conservation Ordinance and Island Nature Ordinance are important, according to NFSM (2002; A. Caballero, pers. comm., 29 March 2005), dependence on CITES, the SPAW Protocol and other international mandates is not an adequate basis for local marine turtle management, whether it be controlling exploitation or protecting important sites. A marine park ordinance, which would formally designate the Sint Maarten Marine Park, its zoning plan, and their management parameters, is still in draft form and, thus, has not yet been adopted (A. Caballero, in litt., 23 March 2005).

Logo button – Help Out, or Sea Turtles Miss Out 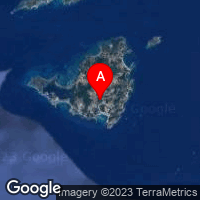