Description of the Loggerhead
(Caretta caretta) 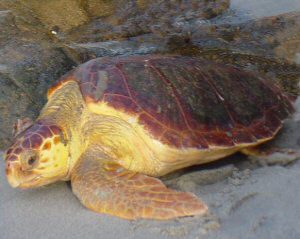 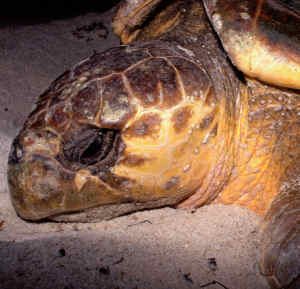 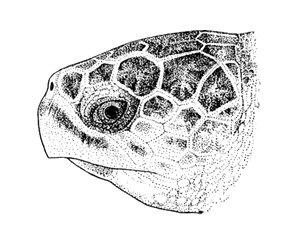 Large and broadly triangular in shape; width to 28 cm.
Front flippers relatively short compared to other species; two claws on each flipper. 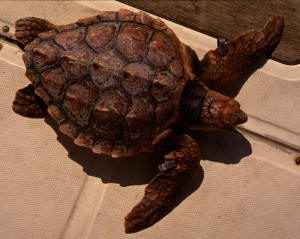 Moderately broad; lightly serrated posterior margin in immatures; thickened area of the carapace above the base of the tail (at the fifth vertebral) in subadults and adults; five pairs of costal scutes, the first (anterior) pair the smallest; straight carapace length (SCL) to about 105 cm in northwestern Atlantic, smaller in some other areas, the smallest adults being in the Mediterranean (to about 90 cm). 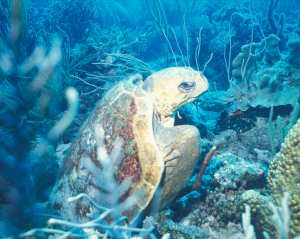 Yellowish in color, typically three pairs infra marginal scutes (without pores).
To about 180 kg in the western Atlantic and to about 150 kg in Australia; less than 100 kg in the Mediterranean.
All oceans, usually temperate waters, sometimes subtropical and tropical. 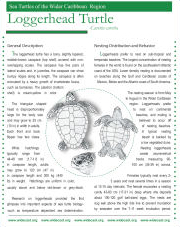 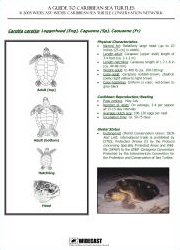 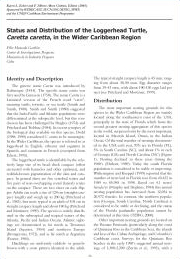