Why is it important to know where turtles nest? The answer is deceptively simple: to inform conservationists, policy makers and coastal developers, and to encourage countries to work together to safeguard important habitat and protect these ancient creatures.

In collaboration with more than 200 Data Providers and other experts in 45 nations and territories, a decadal update of Dow et al. (2007) identifies every known sea turtle nesting site in the Wider Caribbean Region (WCR), including Bermuda and Brazil. The resulting digital landscape significantly expands scientists’ understanding of habitat use and facilitates the creation of operational frameworks to gauge populations, monitor species recovery, and safeguard habitat.

The 2019 Atlas maps 1,341 nesting beaches – and because some sites host nesting by multiple species, 2,667 species-specific sites are named. Of these, 91% can be categorized in terms of abundance; i.e., <25, 25-100, 100-500, 500-1,000, or >1,000 nesting crawls per year. The number of sites with unquantified nesting has declined by more than 40% across all species since Dow et al. 2007. In particular, considerable advances are made in quantifying nesting activity by hawksbill and green turtles. Olive ridleys and leatherbacks are the least known, with 17% and 12%, respectively, of all known nesting sites associated with unknown crawl abundances.

The Atlas confirms that large nesting colonies remain rare. Nesting grounds receiving more than 1,000 crawls per year range from 1.0% (hawksbill, leatherback) of known species-specific sites, to 22% in the case of the olive ridley. In contrast, 30% to 72% of known nesting sites (across all species) receive fewer than 25 crawls (perhaps 3-10 reproductively active females, depending on the species) per year.

The Atlas will help facilitate further research and analysis of sea turtle abundance, including population trends at Index Monitoring sites. Finally, the data confirm that the regulatory landscape remains fragmented, but much less so than a decade ago. Today, 37 (82%) WCR nations and territories prohibit sea turtle exploitation year-around; four of these (Colombia, Honduras, Nicaragua, Suriname) provide for legal exceptions related to “traditional” or “subsistence” exploitation. 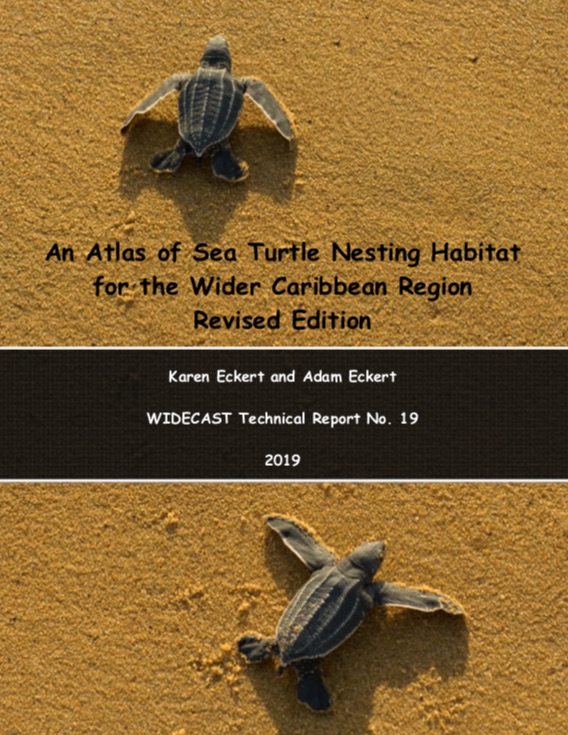