You are here: Home / Conservation Status

In general, sea turtles throughout the world are severely reduced from historical levels. According to the World Conservation Union (IUCN) Red List of Threatened Species, persistent over-exploitation, especially of adult females on nesting beaches, and the widespread collection of eggs are largely responsible for the depleted status of all six Caribbean sea turtle species.

Leatherback, Hawksbill and Kemp’s Ridley sea turtles are classified as “Critically Endangered” (at a global scale), a crisis category reserved for species that, among other things, are characterized by having sustained “an observed, estimated, inferred or suspected reduction of at least 80% over the last 10 years or three generations, whichever is the longer.”

The comprehensive process used by the global scientific community to assess the status of species is complex, and is not without controversy. The Marine Turtle Specialist Group is one of more than 100 Specialist Groups and Task Forces that make up the Species Survival Commission (SSC) of the IUCN, and is responsible for undertaking the assessments that determine the conservation status of sea turtles.

Why is this information important?

Biodiversity loss is one of the world’s most pressing crises and there is growing global concern about the status of the biological resources on which so much of human life depends. It has been estimated that the current species extinction rate is between 1,000 and 10,000 times higher than it would naturally be.

Governments, the private sector, multilateral agencies responsible for natural resource use, and environmental treaties all need access to the latest information on biodiversity when making environment-related decisions. Information about species and ecosystems is essential for moving towards more sustainable use of our natural resources.

The IUCN “Red List” is the world’s most comprehensive inventory of the global conservation status of plant and animal species. Its overall aim of the Red List is to convey the urgency and scale of conservation problems to the public and policy makers, and to motivate the global community to reduce species extinctions. In characterizing sea turtles as endangered, IUCN draws attention to the conservation needs of sea turtle populations around the world.

Caribbean populations of sea turtles are described by historical accounts as “inexhaustible”. Seventeenth and eighteenth century mariner records document flotillas of turtles so dense and vast that net fishing was impossible, even the movement of ships was curtailed. Christopher Columbus described the sea turtles he encountered off the coast of Cuba as being “in such vast numbers that they covered the sea”.

Today some of the largest breeding populations the world has ever known have vanished, or nearly so. An example is the once famous green turtle colony of the Cayman Islands, considered to have been the largest nesting population in the greater Caribbean basin. Sea turtles were an easily attainable resource and they attracted people to the islands, which were first colonized in the mid-1600s. By the early 1800s, Caymanian turtle fishermen had exhausted the local nesting populations and were sailing to Cuba, then to the Miskito Cays (Nicaragua) to catch turtles.

In addition to a harvest of eggs and turtles that has spanned the centuries (there is clear evidence that sea turtles have been hunted in the region for more than 1,000 years), Caribbean sea turtles face complex modern-era threats, including accidental capture in active or abandoned fishing gear which results in death to uncounted thousands of turtles each year. Coral reef and seagrass degradation (from anchoring, dredging, blasting and pollution), agro-industrial waste and effluent, persistent plastic and other marine debris, an increase in coast- and ocean-based tourism, and easy access to once remote habitats have all contributed to the degradation or loss of nesting beaches, nursery grounds, feeding areas and migratory corridors. International trade, fueled largely by luxury markets in Asia, has also contributed to the demise of some species.

Population recovery has been hindered by a regulated but largely unmanaged harvest that continues to focus on breeding age adults, which are replenished at a slow natural rate. The situation is exacerbated by the small size of some remnant populations, especially in the insular Caribbean, where the persistent take of only a few gravid females each year may represent a significant proportion of the remaining breeding stock.

Because threats accumulate over long periods of time and can occur anywhere in a population’s range, local declines often result from a combination of factors, both domestic and foreign. Sea turtles are migratory throughout their long lives, and what appears as a decline in a local population may, in fact, be a direct consequence of the activities of people many hundreds or thousands of kilometers away. Therefore, while local sea turtle management and conservation actions are crucial, cooperative action is also called for at the Caribbean regional level.

The Wider Caribbean Sea Turtle Conservation Network (WIDECAST) is uniquely designed to address conservation challenges at both local and regional levels, and is committed to ensuring that sea turtles survive in the Caribbean Sea at levels sufficient to enable them to fulfill their ecological roles. 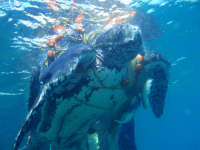 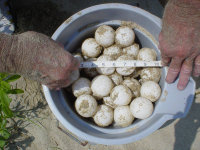 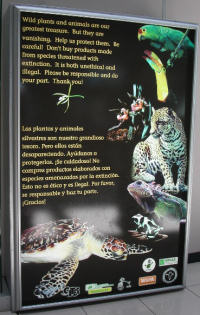 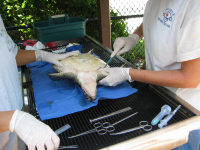 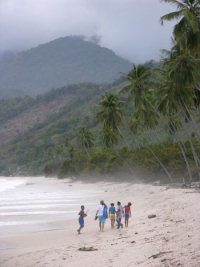 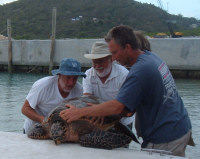 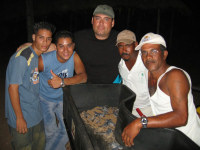 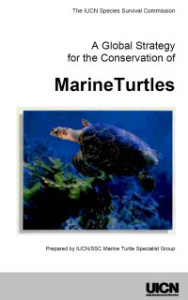