You are here: Home / Welcome to the World of Caribbean Sea Turtles! / The WIDECAST Network / Panama
CoordinatorsRegulationsPublicationsLearn More

There is a long history and abundance of legal norms in Panama relating to wildlife, including marine turtles. These range in type and weight and include the country’s constitution and ratifications of international treaties, laws, codes, decrees, resolutions, determinations (resueltos), regulations and other legal requirements (Gedalov and Díaz de Melgarego, 2003). The Government of Panama (GOP, 2001) has noted that some of the rules governing the protection of marine turtles in Panama are incomplete or have become obsolete and, thus, do not provide all that is necessary to guarantee the protection of the Hawksbill Turtle (and presumably other marine turtle species) in the country. In addition, based on this review of available legislation, legal analyses and other reports, there appears to be some confusion—and quite possibly conflict—as regards the rules that apply. Marine turtles are variably characterized in the many documents reviewed while compiling this analysis as completely protected, subject to an annual closed season and available for subsistence use.

According to ASLAP (1997), the first regulations relating to fishing for turtles in Panama were adopted in 1918 and 1919, and the first legal protection measures on behalf of marine turtles were adopted in the 1960s. Decreto Ejecutivo Nº 23 of 30 January 1967, amongst other provisions, listed the Green Turtle as one of several species identified as threatened with extinction and established absolute and indefinite protection from hunting for this species, throughout national territory. This was followed by Decreto Ejecutivo Nº 104 of 4 September 1974, which reiterated this protection for the Green Turtle and extended it to the Loggerhead and Olive Ridley. It established a five-month closed season, from 1 May to 30 September, during which it was prohibited to collect and sell the eggs of any marine turtle species, and prohibited at all times the capture of hatchling turtles. This decree also established fines for infractions: 50 Balboas (PAB50) for the capture or killing of the three protected species; PAB10 for each turtle hatchling captured; and PAB1 for each illegally collected turtle egg. The next measure taken on behalf of these species was Resolución Nº DIR-002-80 of 24 January 1980, issued by the Dirección Nacional de Recursos Naturales Renovables (RENARE—the National Directorate of Renewable Natural Resources). This measure declared 82 species, including all five species of marine turtle occurring in the waters and on the beaches of Panama, as threatened with extinction and in urgent need of protection. It prohibited the hunting, purchase, sale and export of all these species. This resolution was republished in the Gaceta Oficial Nº 24 850 on 23 July 2003, thus reaffirming these specific protections for these animals (but not their eggs, which presumably were still subject to the seven-month open season created by the decree of 1974).

In addition to specific legal provisions for marine turtles, Panama has adopted at various times and through various instruments general protections for wildlife species. Groombridge and Luxmoore (1989) note, for example, Presidential Decree (Decreto) Nº 18 of 1976, which prohibited trade in wildlife and wildlife products and hunting, commerce, imports and exports of indigenous wildlife, and Gedalov and Díaz de Melgarego (2003) and Ruiz et al. (in review) note Resolución Nº DIR-003-86 of 31 June 1986, which prohibited hunting, purchase and sale as well as any commercial activity involving wildlife, with the exception of hunting for scientific purposes, captive-breeding facilities, and subsistence.
The Government of Panama (GOP, 2001) reports that exploitation of marine turtles is currently primarily governed through the wildlife law, Ley de Vida Silvestre No. 24 of 7 June 1995, and the environment law, Ley General de Ambiente No. 41 of 1 July 1998. The former specifically repeals Decreto Ejecutivo N° 23 of 1967. The most pertinent provisions of the Ley de Vida Silvestre No. 24 for marine turtles are:

• its inclusion of marine and aquatic species;
• a requirement that the environment agency (at that time the Instituto Nacional de Recursos Naturales Renovables (INRENARE—the National Institute for Renewable Natural Resources), now the Autoridad Nacional de Ambiente (ANAM—the National Environment Authority) co-ordinate with the Dirección de Recursos Marinos (Directorate of Marine Resources) of the Ministerio de Industria y Comercio (Ministry of
Commerce and Industry) in conservation, research, trade and management;
• a provision that individuals conducting hunting or fishing for their own subsistence or that of their family may do so without a permit (but INRENARE reserved the right to regulate the “specimens” that were subject to those activities (Art. 39));
• a prohibition on collecting products, parts or derivatives of wildlife without the necessary permits, as well as prohibition on destroying, inter alia, eggs, nests and feeding sites, and prohibition of any other action impinging on the conservation of wildlife (Art. 40); and
• a prohibition on hunting and fishing of species included in the national list of threatened or endangered species (developed as mandated by this law) and hunting or fishing during closed seasons as declared by the Dirección Nacional de Areas Protegidas y Vida Silvestre (National Directorate of Protected Areas and Wildlife) of INRENARE (Art. 58).
The law also specifies penalties—including fines, prison terms, and/or confiscation of equipment—for different types of offences.
The national environmental law, Ley General de Ambiente No. 41, is the framework law for environmental protection and management in Panama. As does the Ley de Vida Silvestre, it sets forth important regulations that affect marine turtles, including the stipulations:
• that the Autoridad Maritima de Panamá (AMP—Marine Authority of Panama) co-ordinate with ANAM in developing a strategic plan for aquatic resources and ensuring strict compliance with the plans adopted to conserve and recover these resources and use them sustainably (Art. 85);
• that the rights of the comarcas and indigenous peoples are recognized in relation to the use, management and “traditional, sustainable exploitation” of renewable natural resources within legally created comarcas and indigenous reserves. These will be used within the framework of environmental protection and conservation as set out in the Constitution, the current law and other national laws (Art. 98); and
• that exploitation for industrial or commercial purposes of resources in community or indigenous lands requires issuance of a permit by the competent authority (Art. 101).

Other than the re-gazetting of Resolución Nº DIR-002-80 in 2003 and repeal of Decreto N° 23 of 1967, there appears not to have been any clarification provided by ANAM as to how these recent laws relate to preceding legal measures and how they affect: a) subsistence hunting or fishing of threatened marine turtles, including in the comarcas; b) commercial use (in apparent contravention of “subsistence” privileges) of marine turtles and turtle products in the comarcas; and c) collection of marine turtle eggs for subsistence or other purposes (which has been illegal during a five-month closed season that covers most of the nesting season but, based on the 1995 wildlife law, appears now to be completely prohibited), including in the comarcas. In addition, although the above-mentioned provisions of the wildlife law could be interpreted as prohibiting even subsistence use of marine turtles, as formally declared threatened species, the opposite interpretation seems equally possible. The existence of press reports (e.g. in La Prensa: www.mensual.prensa.com and Panamá América: www.elpanamaamerica.com.pa) and other information referring to commencement of the closed season suggests that the 1974 closed season provisions—which apply to eggs only—continue to apply; however, they also suggest that the open season may be interpreted in some instances as allowing the capture of turtles—at least for subsistence purposes as may be provided for in the wildlife law.

Further raising confusion about the legal measures in effect is the fact that, in July 2004, the Congreso General Kuna (CGK—Kuna General Congress), the highest governmental authority in the Comarca de Kuna Yala, agreed for the first time a set of specific protections for marine turtles, reported in La Prensa (Bonilla, 2004a): a) a prohibition on the capture for any purpose and commercial use of marine turtles occurring in the comarca during an annual closed season from 1 April to 30 September, inclusive, which was to enter into force in 2005; and b) a prohibition of the capture, pursuing, harassment or threatening of nesting or “reproducing” turtles at any time of the year and the destruction of natural habitat conducive to turtle nesting and reproduction. Whether or not the Resolution that established these measures includes eggs is unclear from the report in La Prensa, although the period of the closed season, which covers most of the nesting season, and the prohibition of destruction of nesting habitat would appear to protect eggs as well. The adoption of this measure suggests that central government legislation, such as the marine turtle provisions of the Ley de Vida Silvestre (including the subsistence-use restriction) and quite possibly the previous protections conferred on marine turtles, is not considered to apply automatically in the comarcas.

A series of legal measures have been adopted in Panama over the past decade in an effort to reduce incidental mortality of marine turtles in trawl fisheries, in particular the shrimp fishery. The current law, Decreto Ejecutivo Nº 82 of 1 April 2005, not only requires the deployment of turtle excluder devices (TEDs) in all trawl fisheries in Panamanian waters, but also requires, inter alia, that all trawl fisheries land their catch in ports that have been accredited to inspect and control TEDs. Further, a captain’s licence for operating a trawler will only be issued if the individual has completed an accredited course on the installation and deployment of TEDs. Finally, the Decreto provides for revocation of a captain’s licence in cases of infractions of these provisions. 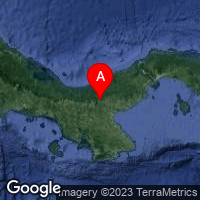 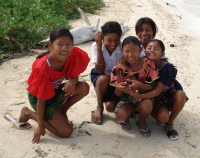 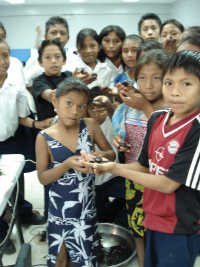