The Endangered Species Act of 1973 (16 USC 1531 et seq.). The Endangered Species Act provides for the conservation of species that are in danger of becoming endangered or extinct throughout all or a significant portion of their range, and for the conservation of ecosystems on which they depend. “Species” is defined by the act to mean a species, a subspecies, or, for vertebrates only, a distinct population. As of 31 October 2000, the act, which is periodically amended, listed 1,822 species as either threatened or endangered (USFWS, 2000).

The ESA makes it illegal for any person subject to U.S. jurisdiction to import, export, deliver, receive, carry, transport, ship, sell, or offer for sale in interstate commerce and in the course of a commercial activity, any species of plant or animal that has been listed as endangered or threatened pursuant to the act. It also makes it unlawful to take (defined in 16 USCS 1532[19] as “harass, harm, pursue, hunt, shoot, wound, kill, trap, capture, or collect, or to attempt to engage in any such conduct”) any listed species within the United States or its territorial seas. Certain exceptions to these prohibitions may be authorized by permit.

Section 4 requires the U.S. Fish and Wildlife Service (USFWS)–and the National Marine Fisheries Service (NMFS) in the case of marine turtles–to publish recovery plans for species listed as threatened or endangered. It also provides for the designation of “critical habitat” for listed species when “prudent and determinable.” Critical habitat includes geographic areas on which are found those physical or biological features essential to the conservation of the species and which may require special management considerations (16 USCS 1533[a][3]). Critical habitat designations affect only federal agency actions or federally funded or permitted activities. Section 7 provides authority to use land and water conservation funds to acquire habitat for the conservation of listed species.

Section 9(c) makes it unlawful for any person to engage in the trade of any specimens of wildlife or plants contrary to the provisions of CITES, or to possess any specimens “traded contrary to the provisions of the Convention.” While possession of an unlawfully imported wildlife specimen is illegal under the act, USFWS must prove that the specimen was illegally imported to obtain a conviction for possession.

Wildlife and other property involved in a violation may be seized under authority of the ESA (16 USC 1531 et seq. and implementing regulations, 50 CFR Part 12).

Publications related to sea turtle research conducted in the US are too numerous to annotate. The Archie Carr Center for Sea Turtle Research Online Bibliography is a good place to start your search. Also helpful is NOAA Sea Turtle Publications for the Atlantic Ocean Basin, which lists publications related to U.S. government staff’s and government-sponsored sea turtle research in the Atlantic Ocean. These include peer-reviewed publications, unpublished reports, contract reports, theses and dissertations, NOAA Technical Memoranda, Sea Grant reports, and videos. There also are links to federal sea turtle recovery plans and status reviews. 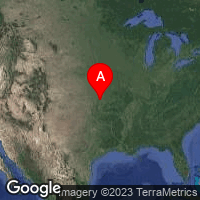