The Turtle Ordinance Cap. 112 of 24 September 1951, which applies to all species of marine turtle, established the following:

• a four-month closed season of 1 June to 30 September, inclusive, during which it is illegal to capture or
attempt to capture, take or attempt to take, kill, buy, sell, expose for sale, or have in one’s possession turtles
or their eggs or meat; and
• a minimum size limit of 20 lb (nine kilogrammes) for turtles “at any time”.

This Ordinance further stipulates that any public officer may arrest without warrant any individual believed “on reasonable grounds” to be committing or attempting to commit a violation of the Ordinance; that any police officer may seize any turtle or turtle product, including eggs, during the closed season and any nets or other instruments used in committing a violation; and that those found guilty of violations of the Ordinance are subject to a fine not exceeding 48 East Caribbean dollars (XCD48.00) and forfeiture of any seized turtle or turtle product or net or other instrument.

The Government of Montserrat drafted revised legislation—the Turtle Act 2002—but this has not yet made it into law. This revised legislation completely protects turtles on land, including their nests; extends the closed season for capture, killing, sale, purchase and possessio of marine turtles to nine months, from 1 March to 1 December; and increases the minimum size limit of turtles to 50 lb (22.68 kg). In addition, this draft legislation increases the fine for violations of the laws protecting turtle eggs to XCD5000 or three months’ imprisonment.

The Endangered Animals and Plants Ordinance No. 10, 1976 amended No. 19, 1982 is the enabling legislation for CITES. All marine turtle species are listed in Schedule 1 of this Ordinance and, therefore, the import and export of live and dead marine turtles are specifically prohibited. This Ordinance also states that the import and export of articles listed in Schedule 3 are prohibited. Schedule 3 includes “the shell and scales, whether
unworked or simply prepared but not if cut to shape, the waste of the shell and scales, and the claws of any animal of the family Cheloniidae” and, thus, is interpreted by Godley et al. (2004) as not prohibiting the import or export of turtle products that are cut to shape (e.g. tortoiseshell jewellery). Montserrat’s CITES-implementing legislation was assessed by the CITES National Legislation Project as “believed generally not to meet all requirements for the implementation of CITES”. It has been assigned a deadline of 30 September 2006 by which to enact adequate legislation, and progress towards this end will be reviewed at the 54th meeting of the CITES Standing Committee in October 2006 (Anon., 2005). The Convention on Migratory Species (CMS) is implemented in Montserrat through the Convention on Migratory Species of Wild Animals Ordinance 1985 (JNCC, 1999). 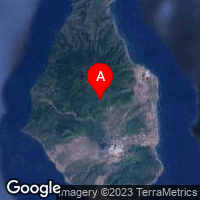