The Fisheries Act of 1986 defines “fish” as “any aquatic animal, whether piscine or not, and includes any shellfish, turtle, mollusc, crustacean, coral, sponge, echinoderm, its young and its eggs” and mandates the relevant minister to “take such measures as he thinks fit under this Act to promote the management and development of fisheries, so as to ensure the optimum utilisation of the fisheries resources in the fishery waters for the benefit of Saint Vincent and the Grenadines”. Among the many measures stipulated in this Act are the preparation and recurrent review of a plan, for ministerial approval, for the management and development of fisheries in the fishery waters, which shall:

Part III of the Act sets forth a suite of conservation measures, including a prohibition of the use, for fishing, of explosives, poisons and other “noxious substances”, and establishes strict penalties for violations of this provision (up to 2500 East Caribbean dollars [XCD]) and any gear restrictions (up to XCD1000) established in the Act’s implementing regulations. Finally, the Act specifies the enforcement powers of authorized officers, defined as “any fisheries officer, any customs officer or police officer and any other person or category of persons designated as an authorized officer by the Minister under Section 32”.

The Fisheries Act’s general provisions (Part VI) authorize the Minister to promulgate regulations for a range of purposes, including:

• providing for the licensing, regulation and management of any particular fishery;
• prescribing fisheries management and conservation measures including prescribed mesh sizes, gear standards, minimum species sizes, closed seasons, closed areas, prohibited methods of fishing or fishing gear and schemes for limiting entry into all or any specified fisheries; and
• prescribing measures for the protection of turtles, lobsters and conches.
They further stipulate that “where not otherwise provided for, any breach of a regulation made under this Act shall constitute an offense and any person guilty of such an offense shall be liable on summary conviction of a fine not exceeding 1000 dollars”.

Part VI of the Fisheries Regulations of 1987 provides a number of fishery conservation measures, including restrictions on the use of spear guns and a prohibition on the use of tangle nets. Section 17 provides measures relating to turtles, namely:

It should be noted that these Regulations, in superseding the Birds and Game Protection (Turtle Close Season) Order of 1978, not only shortened the closed season but lifted the legal protection conferred on marine turtles on land, such that these animals are currently protected only through the closed-season provisions.

Part VIII of the Fisheries Regulations, Section 30, stipulates that “any person contravening any of these Regulations commits an offence and is liable on summary conviction to a fine not exceeding five thousand dollars”.

The Wildlife Protection Act, 1987 (amended in 1988 and 1991—GSVG, 2004) includes reptiles in its definition of wildlife and sets forth numerous provisions for wildlife protection and management, including a fine of XCD2000 or six months’ imprisonment for violations of prohibitions in effect during established closed seasons and seizure of all guns, boats, vehicles and other equipment suspected to have been used in committing any offence under the Act. It is not apparent that any of these provisions apply to marine turtles, which are not specifically listed in any of the Schedules of the Act.

The conservation of marine turtle habitat is provided for through several pieces of legislation. Section 22 (Part III) of the Fisheries Act of 1986 provides for the declaration of “any area of the fishery waters and, as appropriate, any adjacent or surrounding land, to be a marine reserve” where “special measures are necessary”, inter alia, to “afford special protection to the flora and fauna of such areas and to protect and preserve the natural breeding ground and habitats of aquatic life, with particular regard to flora/fauna in danger of extinction”. Except as permitted by the relevant minister, so as to enhance the management of these areas, the Act prohibits in marine reserves:

• fishing or attempting to fish;
• taking or destruction of any flora and fauna other than fish;
• dredging and extraction of sand or gravel, the discharge or deposit of waste “or any other polluting matter”, or the disturbance, alteration of destruction of the natural environment; and
• construction or erection of any buildings or structures on or over any land or waters within such a reserve.

In addition, the Act (Part VII, Section 31) provides for the establishment of a special fund for the conservation of wildlife and its natural habitats, including wildlife reserves, and for any fees charged for entry into wildlife reserves or otherwise levied under the Act, or any voluntary contributions, to be paid into the fund. Schedule One of the Act designates 21 sites in the country as wildlife reserves. According to the legal office of FAO (Faolex), the Marine Parks Act No. 9 of 1997 provides for the designation and management of marine parks through: prohibiting fishing and other activities in marine parks; establishing penalties for violations of prohibited activities; and establishing a Marine Parks Board to, inter alia, regulate the use of marine parks. Regulations implementing the Act were gazetted in 1998 (GVSG, 2004).

In 2002, a National Parks Act was made law (GVSG, 2004). The CITES National Legislation Project assessed the CITES-implementing legislation of Saint Vincent and the Grenadines as “believed generally not to meet all requirements for the implementation of CITES” (Anon., 2002). By the time of the 13th meeting of the Conference of the Parties to CITES, the Government of Saint Vincent and the Grenadines had submitted to the CITES Secretariat a CITES Legislation Plan outlining the process and timeline for enacting this legislation (Anon., 2004b). Draft legislation was sent to the CITES Secretariat in late 2004 and is currently undergoing the necessary reviews (Anon., 2005 a and b).

Additional legislation of relevance to marine turtles includes the following:
• Town and Country Planning Act of 1992, which provides for a Central Planning Board that may request environmental impact assessments for projects likely to have significant adverse effects on biodiversity.
• Beach Protection Act (No. 10) of 1981, which regulates the removal of sand, corals, stones and gravels from any part of any beach or sea bed.

Grazette, S. 2002. Saint Vincent and the Grenadines. Pp. 45–63. In: Harvest and National Trade of Sea Turtles and their Products in the Eastern Caribbean. MSc. thesis, Natural Resource Management Programme, University of the West Indies, Barbados. 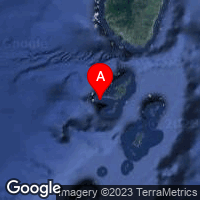 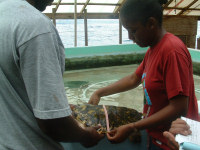 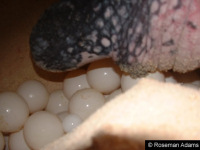 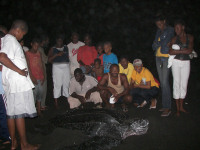