Kemp’s ridley sea turtles (Lepidochelys kempii) nest exclusively in the northern latitudes of the Wider Caribbean Region(*). Nesting takes place at 63 sites, the majority (51%) of which host fewer than 25 nests per year. The trend line represents the cumulative sum of nests laid each year on three monitored Index Beaches (Tepehuajes-Ostional, Rancho Nuevo, and Playa Dos-Barra del Tordo) on Mexico’s Yucatan Peninsula, which together host over 85% of nesting activity by this species. Secondary nesting grounds are found elsewhere on the Gulf and Caribbean shores of Mexico, as well as in the USA (mainly Texas and Florida). The Index Beaches have collectively received some 10,000 to 19,000 nests per year during the last decade, with declining numbers since 2012. Source: NOAA and FWS 2015 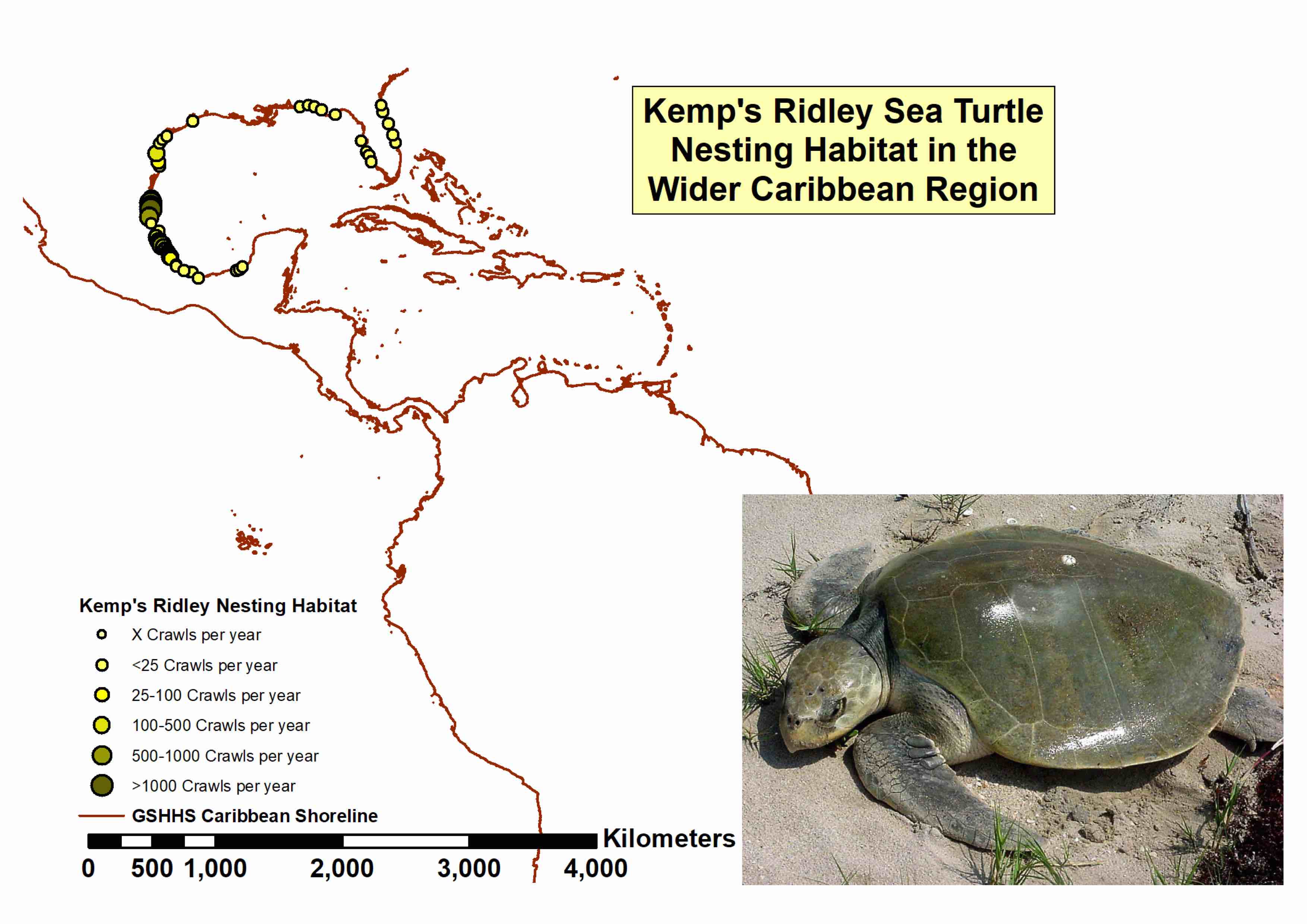