Olive ridley sea turtles (Lepidochelys olivacea) are largely confined to the southern latitudes of the Wider Caribbean Region(*). Nesting takes place at 12 sites, the majority (92%) of which host fewer than 100 nests per year. The trend line represents the cumulative sum of nests laid each year on three monitored Index Beaches (Zéphyr-Montabo, Salines Montjoly, and Gosselin Apcat) in the Cayenne-Montjoly region of eastern French Guiana, which together host more than 90% of all known nesting by this species in our region. Source: 2008-2018 data from Berzins & Paranthoën (2019). 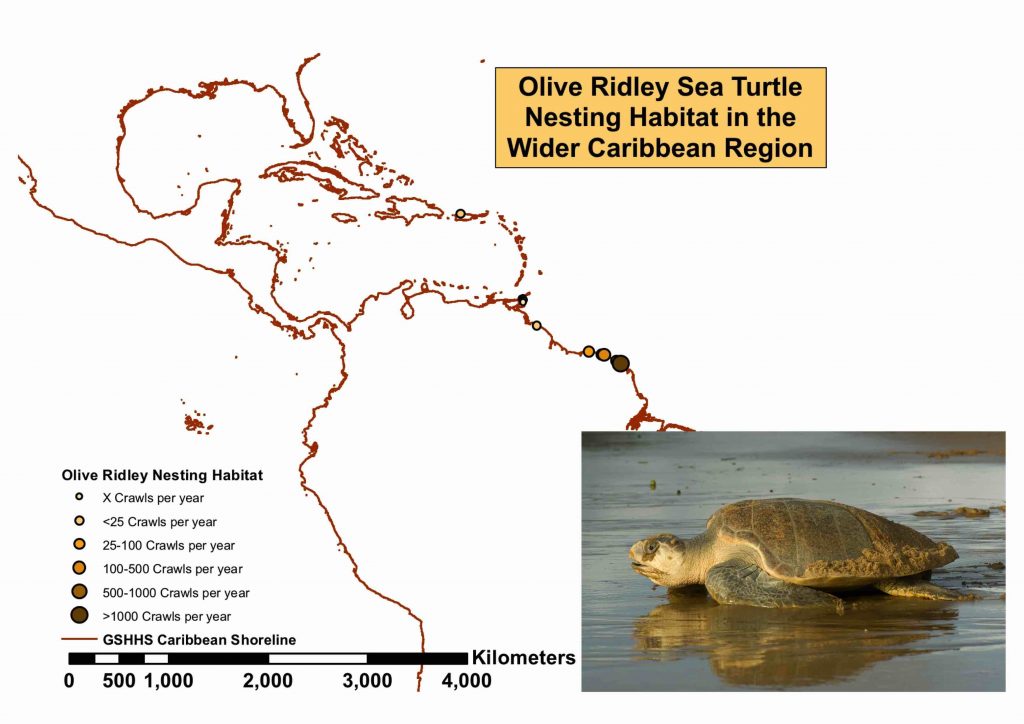